Bruce Cockburn honoured in his hometown.

For more than five decades, Ottawa’s Bruce Cockburn has been writing and performing hit songs, and now, he’s been honoured in the capital.
Cockburn was awarded with a Hometown Star following his recent induction into Canada’s Walk of Fame. He says this award is special.

“This was comfortingly informal and casual, and yet substantial too,” says Cockburn. “So I guess, of the two, I prefer this thing, if we had to take one or the other.”

Dozens of friends, family and fans were in attendance at the National Arts Centre to celebrate Cockburn’s achievements.

“We have transformed Canada’s Walk of Fame to mean more, to more people, more often,” says Canada’s Walk of Fame CEO Jeffrey Latimer. “And our hometown visits also include a placement of a permanent plaque displayed in a location of our inductees’ choice. Something that was significant to them.”

Cockburn’s songs truly represent the voice of his generation. Songs like Lovers in a Dangerous Time, which was covered by fellow Canadian band, The Barenaked Ladies.
He’s won 13 Juno awards and is an Officer of the Order of Canada.

“You know, it’s great to see Bruce in his hometown, just getting close again. I like that,” says Cockburn’s manager and long-time friend, Bernie Finkelstein. “Not that it was apart, but just, it’s nice. I just think on a human level it’s nice.”

The plaque will most likely be placed on the wall outside what used to be Le Hibou Coffee House on Sussex Drive, where Cockburn, as well as many famous Canadian musicians frequently played in the 1960’s and 70’s.

“One of the things that is great about Canada in my mind, is our willingness to celebrate each other,” says Cockburn. “And it feels really good to be part of that.”

This honour comes with $10,000 charitable donation. Cockburn, the humanitarian, is glad to help. Giving half to Seeds of Change and the other half to the Unison Fund.

“One of the greatest things about it is the ten thousand dollars that I get to divert to a charity of my choice,” says Cockburn.

The world knows about Bruce Cockburn, his music and his compassion. Now his hometown can recognize his impact forever. ~ by Dave Charbonneau CTV 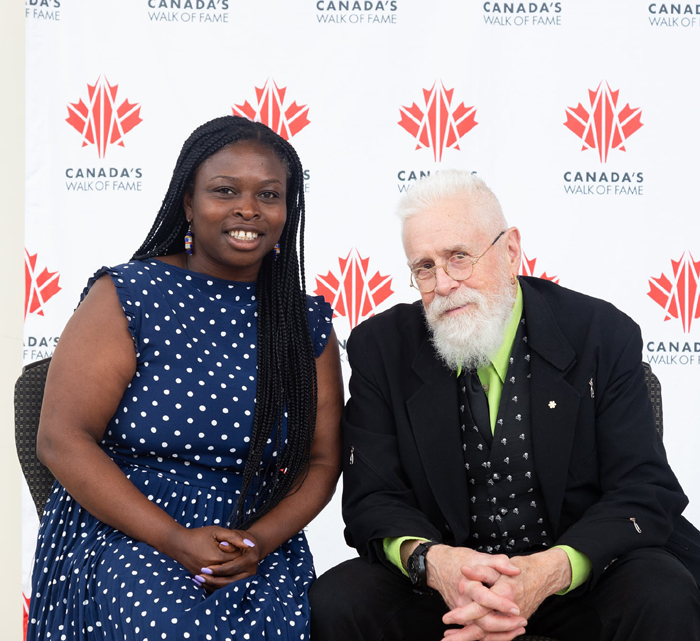 Bruce has been a generous supporter and Champion for SeedChange for more than five decades, thanks to the impression that our founder, Dr. Lotta Hitschmanova, first left on him as a boy.

Throughout his special day, Bruce’s commitment to social justice and global solidarity continued to shine as bright as ever. Congratulations Bruce on receiving this well-deserved recognition for your music, and thank you for growing a better world with us all these years!
Photo credit: Patrick Michel
weseedchange.org FB
weseedchange.org

Unison was formed in 2010 with one simple but important goal in mind: to ensure that the people who make up the Canadian music business never face times of crisis alone. Created by the industry, for the industry, we deliver life-saving emergency financial services and professional counselling that offer much-needed hope to those in need.
Unison Fund – Twitter
unisonfund.ca 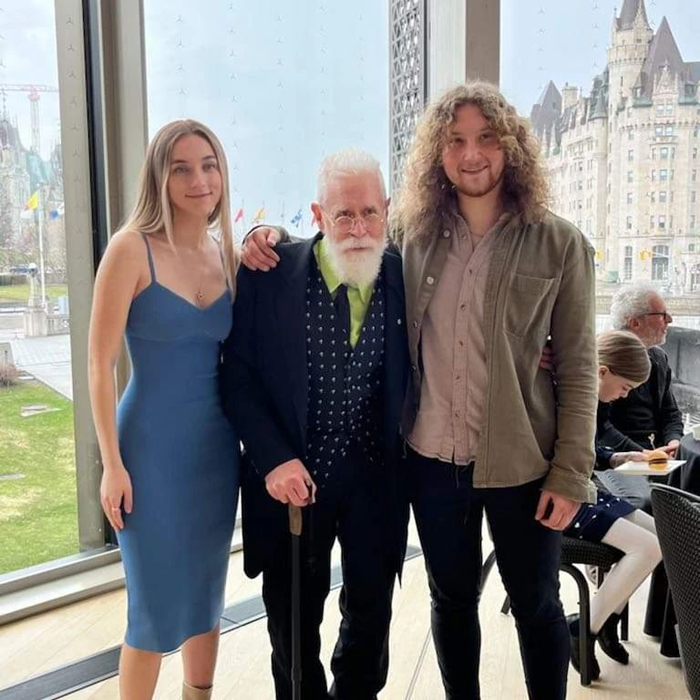 Mary Bryton Nahwegahbow & Joe Fraser who had the extreme honour and pleasure to perform ‘Lovers in a Dangerous Time’ at the NAC – National Arts Centre for the Canadian icon Bruce Cockburn himself. 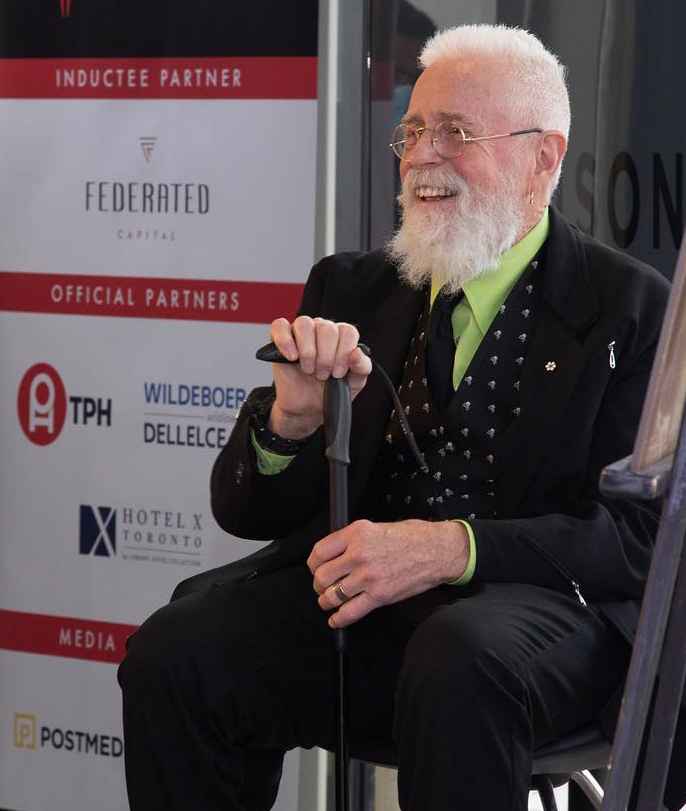 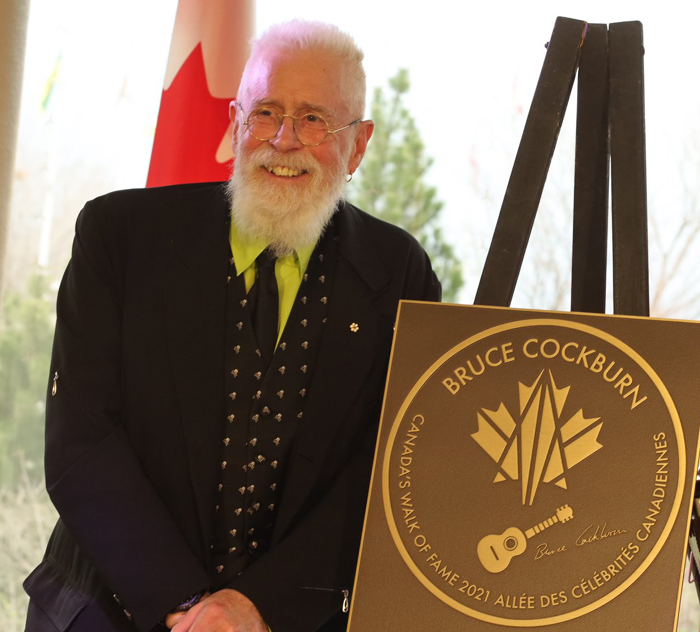 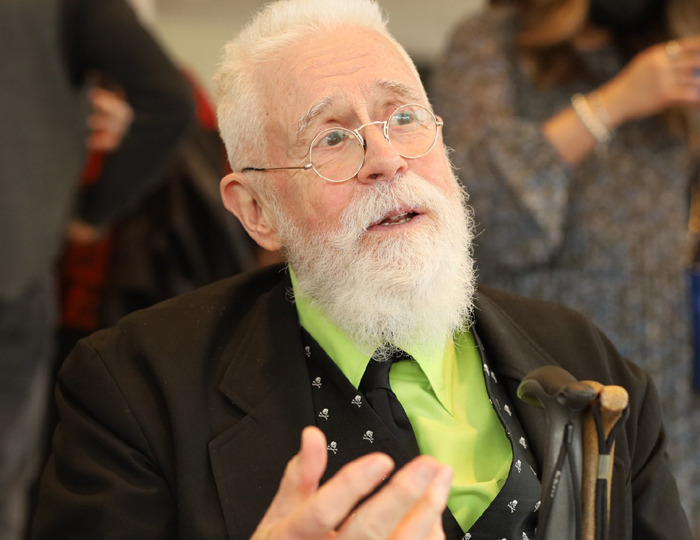