Legendary Canadian singer-songwriter-guitarist and distinguished humanitarian Bruce Cockburn did not disappoint at the San Luis Obispo stop of his COVID-postponed 50th Anniversary tour. Arriving on stage to a standing ovation of passionate fans, the 77-year-old delivered an impeccable two-hour show that included favorites from his more than 25 studio albums, as well as songs from his forthcoming record, some of which were released online during the lockdown. 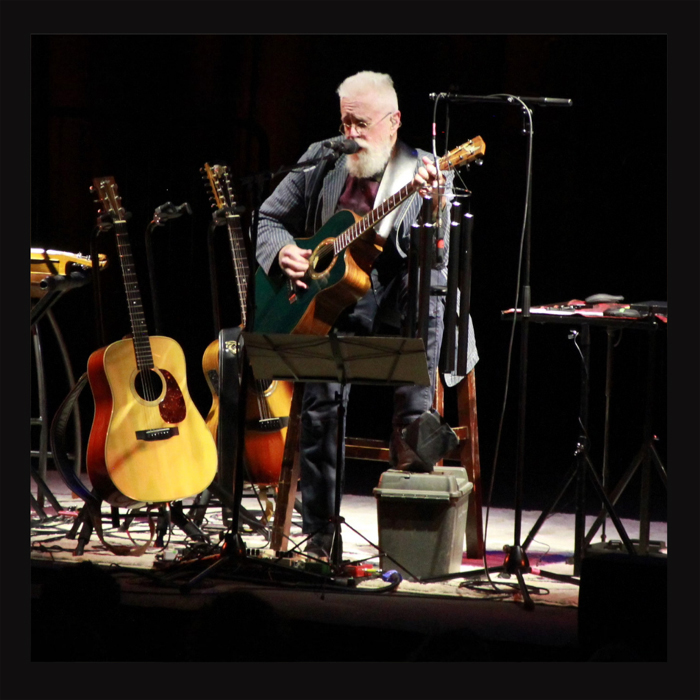 The evening included ethereal guitar work, traditional folk sounds, and elements of rock and blues, opening with 2019’s “Sweetness and Light,” a gentle, captivating instrumental that highlighted Cockburn’s gracious, unassuming persona. Shifting to his trademark poetic stories of deep unconditional love and humanitarianism, he followed up with “When You Give It Away” –with poetic lyrics including “time goes fast, but learning goes slow”—and “Tropic Moon,” inspired by the Salvadorian guerilla movement of the 1980s, highlighted by the phrase “should be a cry of love, but it’s a cry of fright.”

The lilting, bluesy roots jam “Café Society” poked fun at the ritual gossipy morning cup of joe, while “Pacing The Cage” delivered a gentle lullaby feel with amazing loving energy. A true showman, Cockburn added in wind chimes (kicking them as he strummed the guitar and sang) on “States I’m In,” and delivered gorgeous vocals on “Last Night of the World” with the hook “If this were the last night of the world, what would I do? What would I do that was different? –unless it was champagne with you.”

Says Cockburn, “The songs don’t really come alive until you play them for people, so the recording studio is a sort of compromise in that regard. I like being in the studio. It’s fun. It’s like putting a puzzle together or something, but it’s a very different kind of experience than performing a song in front of a bunch of people. That’s when the songs really assume their proper life.”

After over an hour, Cockburn took a short intermission, continuing on with eastern-influenced, “Stolen Land,” his lament for the theft of land and racism experienced by the First Nations, dramatized by falsetto vocals in unison with the chorus guitar lines. He remained unflappable as someone shouted out that the crowd in the room was on stolen land, pausing only to briefly highlight, wryly, that it was a fact across the country, except for the City of Manhattan, which was “purchased.” “In The Falling Dark” brought heavy-strummed tones that resolved with gentle, melodic lines like “smoke on the breeze, eyes that sting.” Cockburn, like fellow Canadian musician-songwriter peers Joni Mitchell, Neil Young, and Leonard Cohen—and Bob Dylan, born just across the border—is a poet.

In his second set, Cockburn introduced new song, “Into The Now” (written during his stay in Maui in July 2001), that includes the lyrics, “love trickles down like honey from God,” and played the dulcimer for “Arrows of Light,” before engaging the crowd in a rousing call-and-response rendition of “Wondering Where the Lions Are,” sparking a beautiful communal moment. Cockburn’s incredible falsetto and breath control reminded the audience of the strength and power of love in any circumstance with “Lovers In A Dangerous Time,” and his closing song, “If A Tree Falls,” an anthem about human destruction of the natural environment, delivered with breathtaking guitar work and vocals, was absolutely stunning.

Clearly in his element on the stage, Cockburn returned for a three-song encore, donning his dobro, and adding more wind chimes and fabulous echoplex pedal work with eloquent delays on “The End of All Rivers.” He followed the moving instrumental soundscape with his straight-up old school blues tune, “Mama Just Wants to Barrelhouse All Night Long.”

Focusing on writing and recording during lockdown brought forth ten new songs, four of them released on YouTube last year as a means of sharing them with fans. Cockburn performed two pieces from the “Four New Songs” collection, including “Orders”—with its haunting guitar refrain and magnetic, soothing storytelling that held the crowd captive—and “Us All,” the latter closing the evening’s encore with patient, masterly delivery. “I didn’t want to wait,” said Cockburn, “because a couple of those songs seem pertinent to the current situation, so I wanted to get them out there in the world before we were able to go in and do a whole album.”

Throughout the evening, Cockburn (pronounced co-burn) engaged the audience with dry comedic wit between pure, beautiful guitar playing, layered with his indelible observations and experience of the world. Cockburn is committed to the idea of creating some sort of common space through the magic of music, rather than perpetuating narratives of divisive conviction. The truth of his words is poignant and meaningful, while his grounded, easy presence and the performance itself create a safe, healing space. Being back on the road is what it is all about for him. “Doing something that we weren’t able to do for so long, that sense of joyous relief, is characteristic of all the shows,” he says. 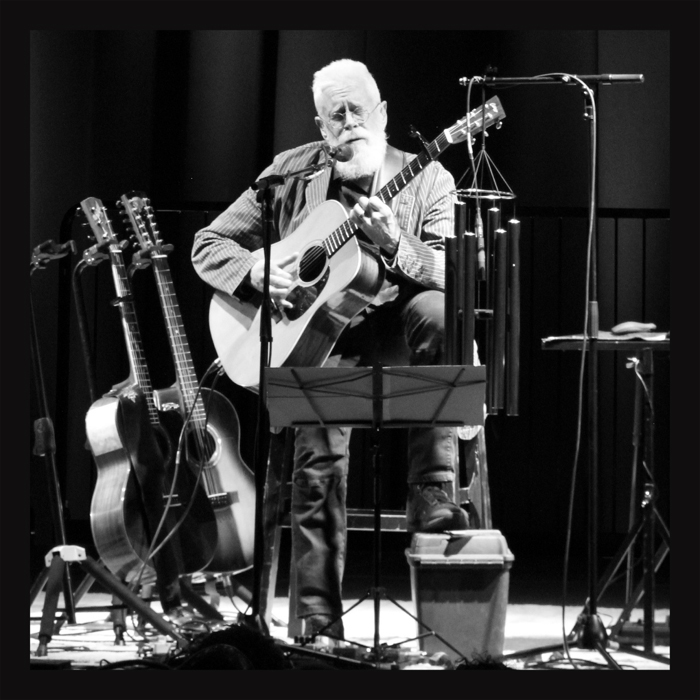 While many musicians have paid homage to his brilliant writing—including The Barenaked Ladies, Judy Collins, Jimmy Buffett, The Jerry Garcia Band, and Steve Bell—Cockburn says that a couple of interpretations of his music stand out. The first is that of Jimmy Buffet. “[He] really went out of his way to do them in the way they were intended to be,” says Cockburn. The second is that of Michael Occhipinti, a jazz guitarist from Toronto, who took the time to deconstruct Cockburn’s writing and rework it as a jazz album. “It’s a beautiful record,” Cockburn says.

When asked about his thoughts on the current state of music, Cockburn shared that he feels we are in for some new sounds. “Every now and then, when you reach that point where the basic sound of pop music becomes the basic sound of commercials, It’s ripe for some new thing to come along and the window is down for about five minutes. Some really great stuff will show up, and then the windows start to close again because it’ll get refined and they’ll figure out how to package it.”