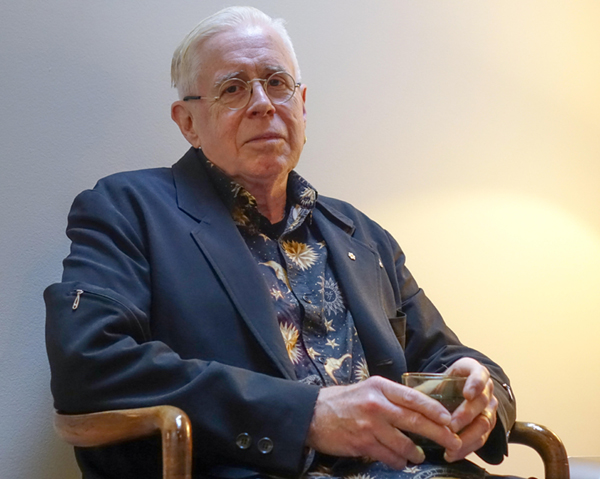 Bruce Cockburn has never been one to suffer fools.
‘A sense of outrage’

There’s a lot going on in Bruce Cockburn’s music and lyrics. His songs are too complex to be merely polemical. But when his anger flashes, you notice.

In his song Gavin’s Woodpile, he zeroes in on a deadly bureaucracy:
Some government gambler with his mouth full of steak
Saying, “If you can’t eat the fish, fish in some other lake.
To watch a people die — it is no new thing.

Cockburn is writing about mercury poisoning, a deadly blight linked to industrial contamination that’s afflicted some First Nations and their land for half a century. He wrote Gavin’s Woodpile in 1975.

“At the time, the mercury poisoning was not widely known,” Cockburn said. “I mean, it still isn’t.”

“But it was about their bones falling apart and their teeth falling out and I mean … mercury poisoning is a terrible affliction. And the government was willing to do absolutely nothing about it. That made me feel a sense of outrage and that ended up in the song.”
A global voice

That theme of oppression magnified by official indifference is present throughout his songbook in Call It Democracy, If a Tree Falls and, famously, in If I Had a Rocket Launcher, a hit for Cockburn in 1985.

How many kids they’ve murdered, only God can say
If I had a rocket launcher, I’d make somebody pay.

This song, one of Cockburn’s best known, was written after he met Guatemalan refugees who’d taken fire from their own government. It marked the first of his many visits to war zones.

“It seems possible to view the genocide against Mayan people as an extension of the historic U.S. policies of extermination at home against Native Americans,” Cockburn wrote in his memoir, Rumours of Glory.

One of the criticisms against the MMIWG’s use of the word genocide is the idea that it might impede Canada’s moral responsibility to condemn foreign atrocities; that voices like Cockburn’s could be dismissed for denouncing foreign injustices while Canada’s record on Indigenous issues goes unaddressed.

Has he ever been called a hypocrite?

“In fact, no,” Cockburn said. “No one ever did, because I think people recognize that this happens all over the place.”

“To me, when I hear somebody say things like that, it sounds like BS anyway. It sounds like they’re just making excuses for wanting to keep the status quo going without causing too much of a disturbance.”

“And that stinks of hypocrisy to me.”
A reckoning for Christians

In his 2014 memoir, Cockburn writes, “When Jesus came into my life in 1974, he also made it into the music.” But there’s ambivalence in his song Red Brother, Red Sister as Cockburn balances his faith against the legacy of Christian missions on Canada’s Indigenous people.

Went to a pow wow, red brother
Felt the people’s love, joy flow around
It left me crying just thinking about it
How they used my saviour’s name to keep you down.

Cockburn is thoughtful, weighing the particular responsibility Christians face reconciling with the damage inflicted primarily, but not exclusively, through residential schools.

“If a person identifies themselves as a Christian, it seems to me [that] job number one is to love everybody. That’s a challenging thing. It’s not simple,” he said.

Cockburn says the obvious solution — ending the disappearances and slaughter of Indigenous women; stopping a genocide — is a shared responsibility.

“That would be job one,” he said. “I think right before anything else, before we get all hung up quibbling over what word is the best word to apply to all these things, I mean let’s fix the frigging problem.”
‘A low grade fever’

Cockburn ends his 1990 song Indian Wars with a question: “Will there never be an end to the Indian wars?”

And how does he answer that question today?

“Well there’s always reason to hope,” he said. “But I think it’s an ongoing thing.”

“And you know, it’s like having a low-grade fever, like our whole culture has this low-grade fever that affects everybody, even though we may not be very aware of it from day to day. Some people that affects much more directly and much worse,” he said.

~from Day 6 – CBC radio – To hear the full interview with Bruce Cockburn, download our podcast or click ‘Listen’.