Bruce Cockburn talks to CTV News Chief Anchor and Senior Editor Lisa LaFlamme at the Academy Theatre in Lindsay, Ont., on Friday, May 4, 2018. 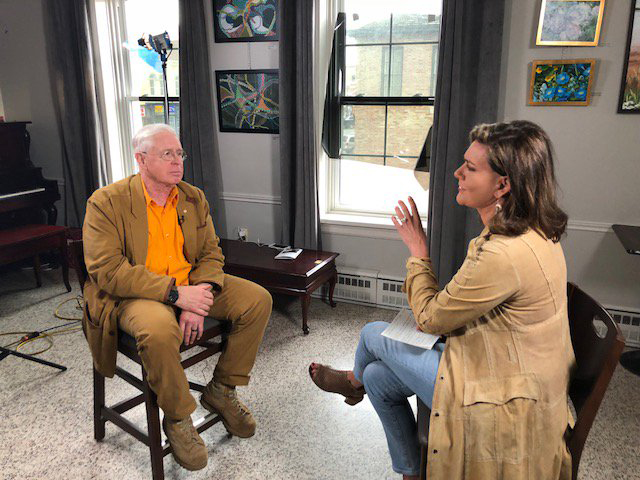 The interview is 37 minutes long and touches on some of Bruce’s insights about being in Nicaragua and Afghanistan during wartime, much about his songs and where they came from, aging in relation to performing and being a Canadian. 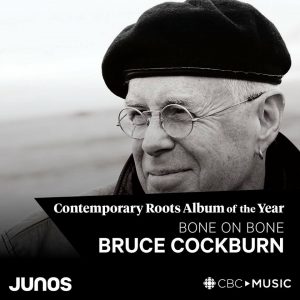 , Really excited to tell you that Bruce Cockburn won his 13th Juno last night for “Bone On Bone”. It won for Top Contemporary Folk Album of the Year. A little backstory for you. Bruce won his first Juno in 1971 and his latest in 2018. That’s a span of 47 years. To put it in perspective, someone like Beaches (great band,) who just won their first Juno in 2018 will have to win again in 2065 to do what Bruce has just done. Now I know I’m biased and love Bruce, but I also like baseball and it’s love of stats, and let me tell you that’s a pretty amazing stat. Congratulations Bruce and everyone who worked on the album. So well deserved. ~Bernie Finkelstein