Canadian singer-songwriter and instrumentalist Bruce Cockburn has given us a lifetime of deep songs and engaging performances. His newest effort is an all-instrumental album called Crowing Ignites. The odd phrase is a literal translation of the Latin expression that is on the Cockburn family coat of arms.

https://www.wfuv.org/content/bruce-cockburn-2019 – Click Through for audio interview and photo slide show 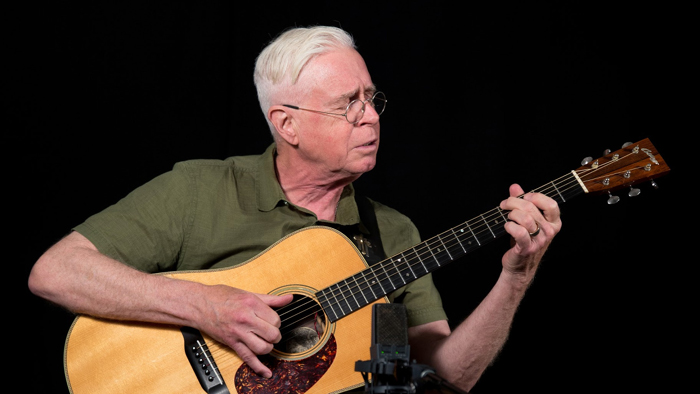 That anchor in tradition and Cockburn’s identity drives the new music, which he says invites participation. As a songwriter who skips the words on this go-around, the listener is challenged to use their imagination to fill in the blanks.

In Studio A, Cockburn performed the flamenco-tinged “Angels In The Half Light,” and he also sang “States I’m In,” from the 2017 release, Bone On Bone.

As he also told me in our conversation, life and his music is a journey that finds it’s own path. Fifty years after his debut album, Cockburn recalls his own 50th birthday, and how life magically got easier and more rewarding because so much of the heavy lifting was already done.

Bruce Cockburn in Studio A (photo by Nora Doyle/WFUV)