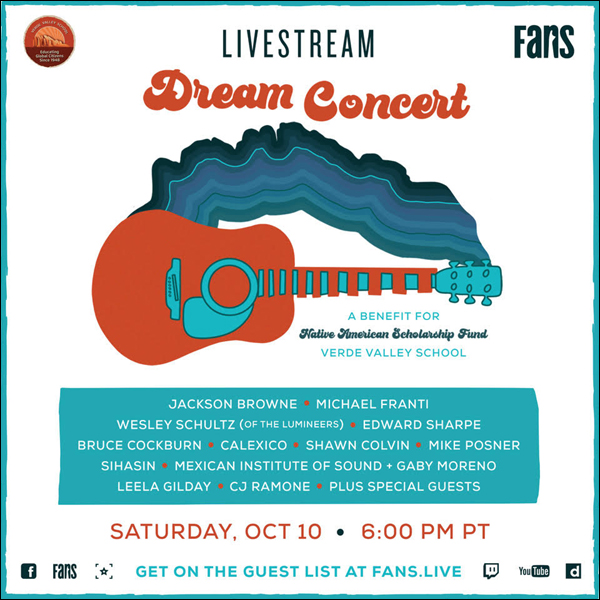 The concept of Dream Concert originated over 30 years ago by Jackson Brown, where he held an outdoor music festival on the Verde Valley School campus. The festival then became an annual affair, which raised tuition assistance for the Native American students. Past performers include Neil Young, John Trudell, Bonnie Raitt, Indigo Girls, Crosby, Stills, Nash and Young, Ben Harper, and many more.