January 22, 2018 – Bruce Cockburn is not in the habit of listening to his old songs. But he did find a unique way to review his canon of music a few years back.

It was when he drove his daughter to preschool in San Francisco. He became his own captive audience.

“She would always insist on hearing my stuff in the car,” said Cockburn, talking to media on Sunday evening at Studio Bell, home of the National Music Centre. “‘Can we put on your music in the car?’ Every day this would repeat itself. ‘Do we have to? Can I not play somebody else?’ Nope. So I’d play me. It’s like looking at an album of snapshots in a way. It brings back all the feelings. Not all of the details, some of those are lost to the murk of time. But, certainly, that brings back the feelings that went into those songs.”

Cockburn was in a bit of a reflective mood Sunday evening at the National Music Centre, where he participated in the plaque ceremony held in honour of his 2017 induction into the Canadian Songwriters Hall of Fame. It found him placing his plaque on the wall, which already holds the names of artists such as Leonard Cohen, Hank Snow, Joni Mitchell and Wilf Carter.

Now housed at the National Music Centre alongside the Canadian Music Hall of Fame and the Canadian Country Music Hall of Fame, the organization is overseen by the Society of Composers, Authors and Music Publishers of Canada (SOCAN). The honour seems long overdue. Somehow SOCAN managed to find more than 50 songsmiths to induct before honouring Cockburn — a songwriter’s songwriter who wrote If I Had a Rocket Launcher and Lovers in a Dangerous Time — this year, alongside Neil Young, Beau Dommage and Stéphane Venne.

But he was gracious and had high praise for his fellow songwriters from the Great White North.

“I think Canada punches well above its weight in terms of the quality of songwriting that comes out of this country relative to the size of the population,” said Cockburn, who will play the Jack Singer Concert Hall on Tuesday night. “When you think how much we were influenced by English pop music in the ’60s and American pop music forever, there’s a lot of American pop music that is actually Canadian. And a lot of it that is not pop but has more serious intent than what often gets called pop music comes from here and I’m proud of that.”

END_OF_DOCUMENT_TOKEN_TO_BE_REPLACED

On Saturday September 23, 2017 Bruce Cockburn along with Neil Young, the group Beau Dommage, and Stéphane Venne were inducted into the Canadian Songwriters Hall of Fame.

Scroll to the end for Bruce’s acceptance speech in his own hand.

14 January 2018 – This is the short film biography that was shown on the big screens during the celebration.

(The following is from Billboard article by Karen Bliss)

The impact of four life-changing Canadian songwriters — Neil Young, Bruce Cockburn, the group Beau Dommage, and Stéphane Venne — was the common thread at the Canadian Songwriters Hall of Fame (CSHF) induction ceremony over the weekend at Toronto’s Massey Hall, where professional musicians of all ages — and one former astronaut — expressed their respect and gratitude for their music.

This was the first induction ceremony in six years. The CSHF was created by music publisher Frank Davies in 1998; the inaugural gala was held in 2003 with six more to follow. The Society of Composers, Authors and Music Publishers (SOCAN) purchased it in December 2011 and has been working to update the brand and educate the public about its inductees and mandate.

The historic Massey Hall, which opened in 1894, was the perfect setting for such esteemed honorees. Both Young and Cockburn have recorded live albums there and the late Jonathan Demme’s final doc on the folk-rocker, 2011’s Neil Young Journeys, culminates in two performances at Massey. It’s a venue many Toronto artists dream of headlining — our Carnegie Hall.

The four-hour show, which ran an hour over schedule, was a bilingual affair, giving equal time to the two Quebecois legends, even if, truth be told, many of the Anglophones in the audience found their own grade-school French studies proved absolutely useless. Each artist was feted with covers of their songs and stories about their influence, plus the customary tribute video.

The evening began with an cappella group Eh440 singing and beat-boxing Cockburn’s “Lovers In A Dangerous Time” from the back of the hall, down the aisle to the stage, right past the songwriter himself, as well as Neil Young with “true love” Daryl Hannah; Buffy Sainte-Marie sitting next to Randy Bachman; Venne, and members of Beau Dommage.

A performance of Cockburn’s “If I Had a Rocket Launcher” by Blackie and the Rodeo Kings added another notch to the political tone of the event. Lisa LeBlanc joined them for Wondering Where the Lions Are.

It was followed by Buffy Sainte-Marie who offered her perspective on the songwriter’s career as she introduced him onto the stage.

“Bruce is an agitator, an activist, a protester,” she said.

He writes “words that move the needle of public opinion” and that “shine the light on injustices,” Sainte-Marie added.

And here is Bruce’s handwritten speech:


To view above speech in standard pdf viewer click here.

Thank you, Canadian Songwriters Hall of Fame. Thank you SOCAN.

I spend so much time playing and singing my own songs — it’s very interesting, very moving, to hear them performed by others! And on an occasion like this — to be so honored in the company of these wonderful artists.

I’ve been at my craft for a long time — long enough that the beginning seems like yesterday.

Under the influence of those who were a bit quicker on the draw than me, Bob Dylan, Gordon Lightfoot, Buffy Sainte-Marie among others, I was seduced away from the pursuit of an education in jazz composition by songs…creations that combined music with something like poetry.

Though I didn’t understand it at the time, I came to realize that art, including the art of songwriting, is about sharing the human experience. Music is a spiritual bonding agent, a means of sharing deep feelings of all times. When you add words, the sharing becomes pointed — specific. A song can offer inspiration, distraction, solace, solidarity – a sense that we are not alone in our feelings. The human ability to create songs is precious and vital. We have always done it and I think we always will — the artifice of machines (and ISIS) not withstanding.

Re “Making a living at it,” I want to offer a word of thanks to Bernie Finkelstein, my friend and long-time manager, from whose asute ears and talent for strategizing I have benefited greatly. So too, all the excellent producers and musicians I have worked with, some of whom are here tonight, who have helped give my raw material the power to appeal to the world at large.

In a world increasingly defined by its fakery, we’ve together pulled off the greatest trick ever — we spread truth. 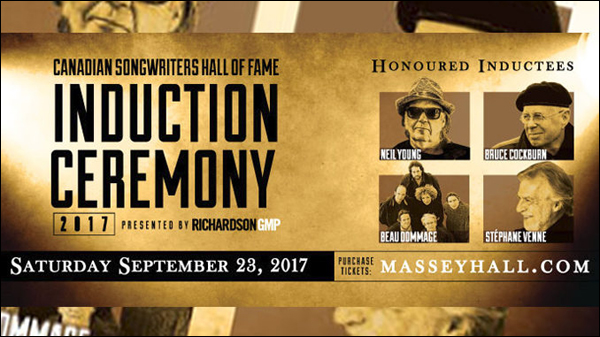