The dam over Almonte’s troubled waters by Linda Manzer 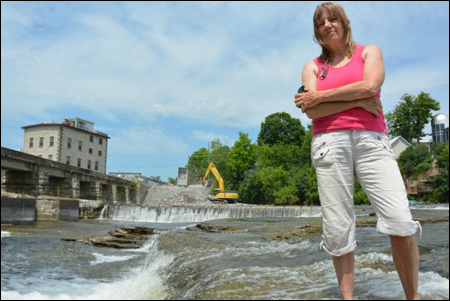